As another year comes around, what challenges am I going to set myself this time? It needs to be difficult, yet achievable. Additionally I’m inspired by Adam Sultan’s ‘Life Years‘ idea of 16 things in 2016 (he ran 15 marathons in 2015).

Marathons are clearly SO last year (I even did one myself) so it had to be something else – my new passion for camping out, sans tent, microadventure style. Sixteen of them in twelve months. #16in16 if you will.

On a bit of a whim before Christmas I put the word out for people to join me on a pre-Christmas campout at Coombe Hill near Wendover and was amazed that 15 people joined me. Enthused by this and all the people that asked if I was doing any more I sort of undertook to do one a month into 2016.

My super-talented wife Deborah even did this wonderful graphic to use on the Facebook event page. Lucky me!

I’m not sure if I’ll manage to organise group campouts every month this year, but I’ll certainly arrange a few for the first half of 2016. It is especially lovely if I’m helping some people go on their first outing.

So all I have to do is one microadventure a month plus four ‘bonus’ campouts. Seems pretty doable, especially in summer when the weather is likely to be enticing. Stealing away for a night on my holidays is also something I have pencilled in.

Themes
It is tempting to try and keep the ‘awesome campouts’ simple (simple is really good) but I have a few ideas that might help theme them or make them stand out a bit. I’m going to be asking for ideas and i’m sure there will be a few more but here is a start. 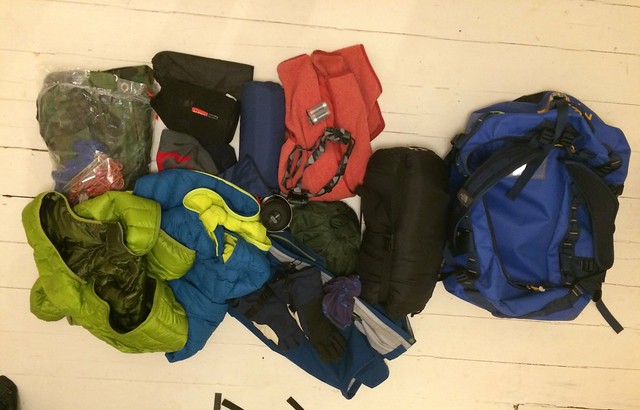 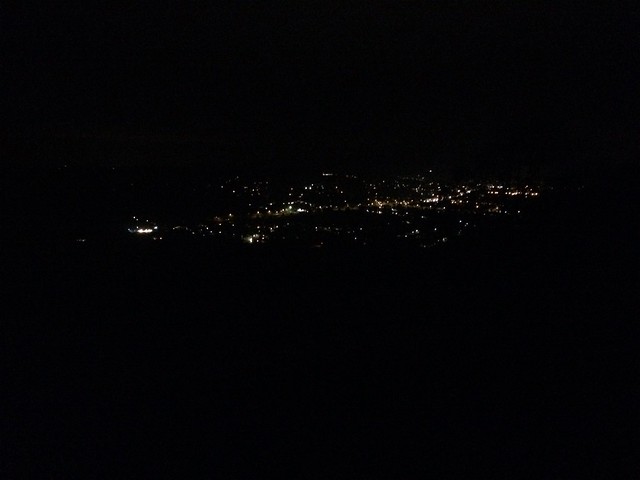 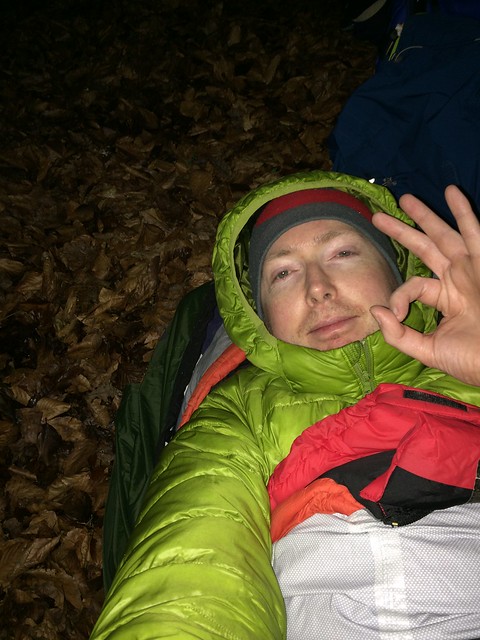 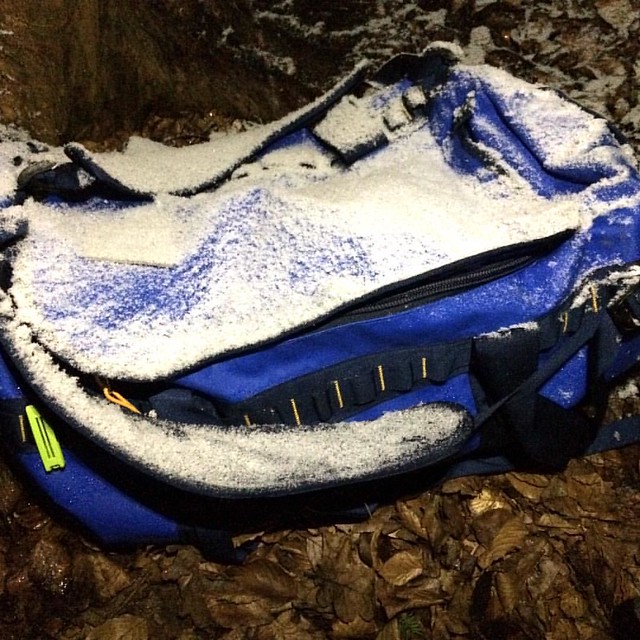 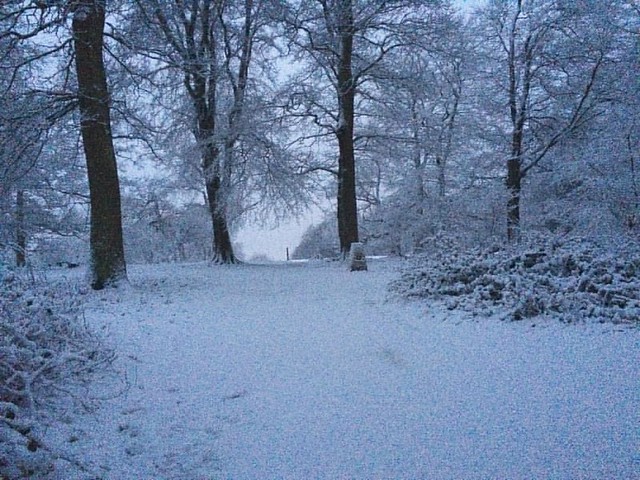 A busy weekend ahead with lots planned it looked like there would be no time for adventure. That’s where the ‘microadventure’ comes into its own, something easy and local. 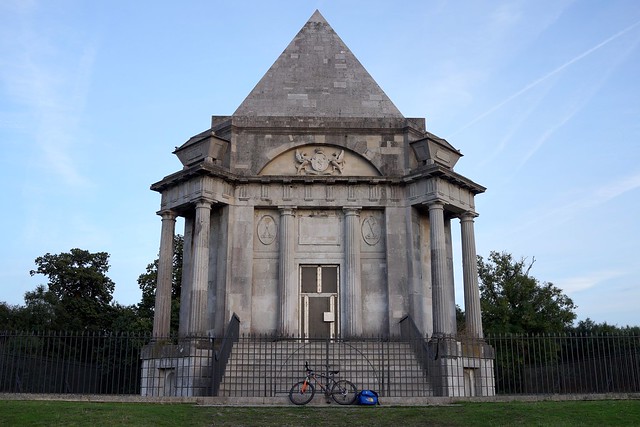 I had a think and remembered a nice walk that Deborah and myself had done earlier this year through Cobham Wood to the Darnley Mausoleum. I planned to go by car and decided to park one village over, Sole Street and cycle in.

In my last two adventures i’ve had other people around but this time I fancied going solo. After an invigorating 30 minute cycle (viewing a wonderful sunset) I got to the mausoleum and found a quiet spot behind a tree and out of view. 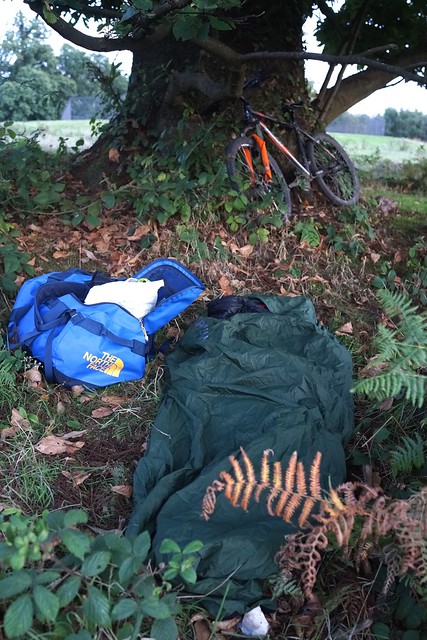 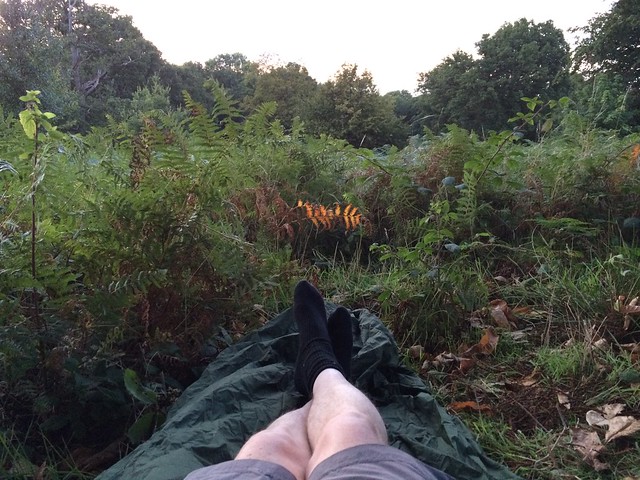 My timing was near perfect in that I arrived when there was just enough time to get settled before the sun slowly disappeared. It really has surprised me though, quite how long the sun takes to set completely. Long after the met office ‘official’ sunset time of 1938 there was still plenty of light in the sky with lovely pink clouds. Also, much to my amazement and wonder I saw at least six bats (or possibly it was the same bat six times) and an enormous moth settled on my bag. You don’t get this at home watching the bake off! 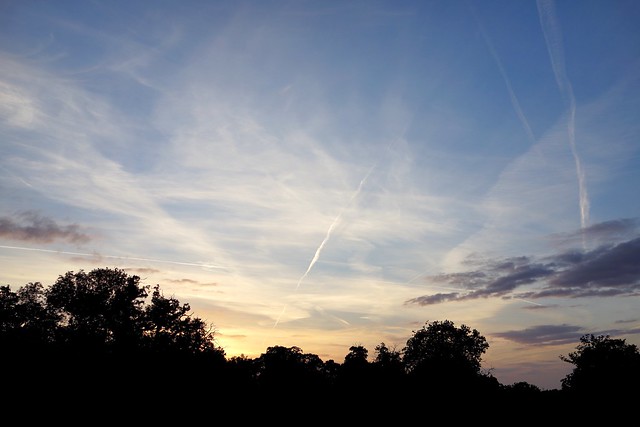 Consistent with previous bivvy adventures, I’m really reluctant to actually go to sleep and I find myself resisting. I was very content to spend my evening seeing the stars emerge as well as the many planes flying over whilst listening to podcasts. I realise that having earphones in does mean that I miss some of the night noises but I enjoyed it none-the-less.

My sleeping spot had seemed perfect until I actually tried to sleep when I found the gentle slope I was on meant that I gradually slipped down and off my own sleeping mat. This and the early morning cold did mean that it wasn’t quite an uninterrupted night. It seems picky, but there was also the hum of the A2 just out of sight to remind me that civilization was still at hand.

It started to get noticeably light around 6am and as I was a bit chilly I decided not to hang about but to get up and make myself a hot drink and have a spot of brekkie. I was delighted to find that right next to the mausoleum were the resident (highland??) cows still sleeping or looking drowsy. None of them appeared to give me any notice. 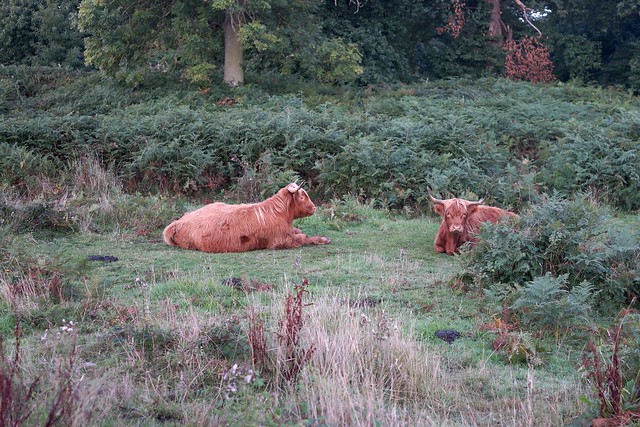 As the sun properly came over the horizon in a wonderful, magical and uplifting sunrise I was already on my way cycling back to the car and then home. I even met an early rising mountain biker going the other way. This was a classic 6pm-8am (door-to-door) microadventure. I had missed a bit of telly but gained a brilliant experience of the outdoors – stars, bats, moths, cows, sunsets and sunrises. Ace. 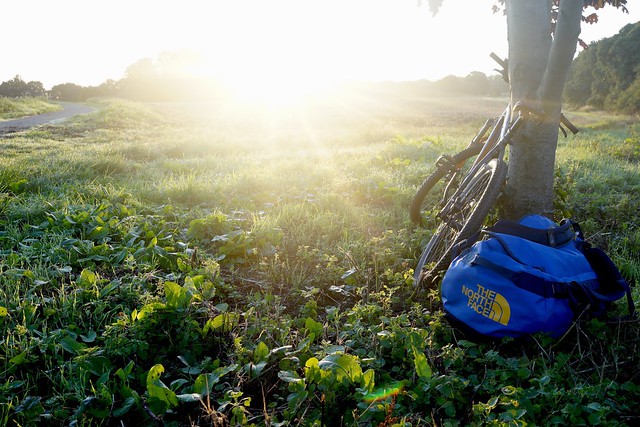 Who’s up for the next one?