Nearly 5 years ago (in 2011) I started a project to walk across the whole of Greater London, east to west. Even I am not quite sure why I didn’t finish this before now?? Here we go…

Very simply, this is an attempt to walk across the whole of Greater London, east to west, at it’s widest points. I reckoned that this would take 3 days with each leg being approximately 13-20 miles. In Part 1 I walked from the farmlands of the eastern edge of the London Borough of Havering to Barking. In Part 2 I went from Barking to Queensway (at the  west end of Hyde Park).

This is the third, and final, part where I walk all the way to the furthest reaches of the London Borough of Hillingdon. 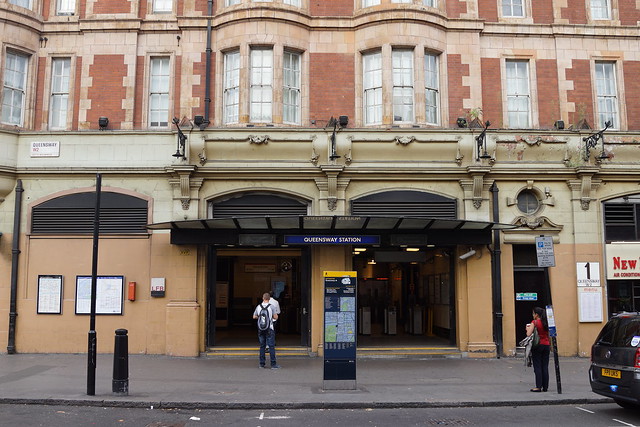 Notting Hill and Kensington
So here I was, five years after i’d ended the last section of the walk. I’d got here early and immediately worried that I’d made a mistake. I hadn’t even thought about it but this was the day of the Notting Hill Carnival. Barriers were up and the police were already in force. I moved to exit the area asap! 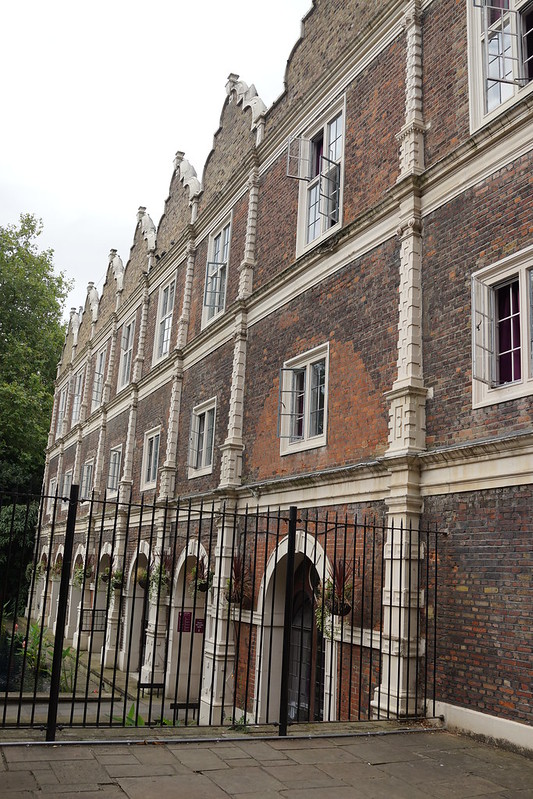 I headed through Holland park to Kensington High Street and passed the magnificent Bristol cars showroom. I love these old cars and I was surprised to learn that they still make hand-built cars. 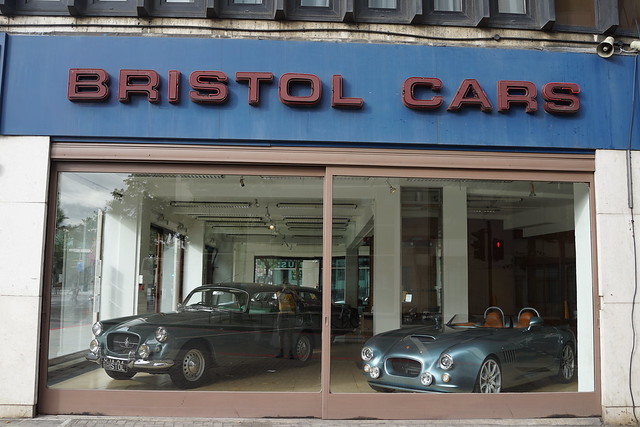 From here I joined the Old Brompton Road and came to my first point of personal interest – The place of my birth! I was born in the Princess Beatrice Hospital during a short time it had maternity wards. Fun fact – it was the hospital used as a location for the film ‘An American Werewolf in London‘. Luckily a film I adore!

I passed through Hammersmith and made my way as quickly as possible to the Thames. I knew there would be a few dreary streets today so I fancied a nice river walk. 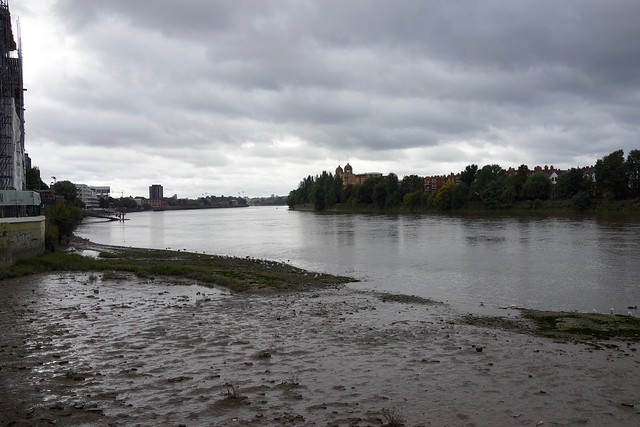 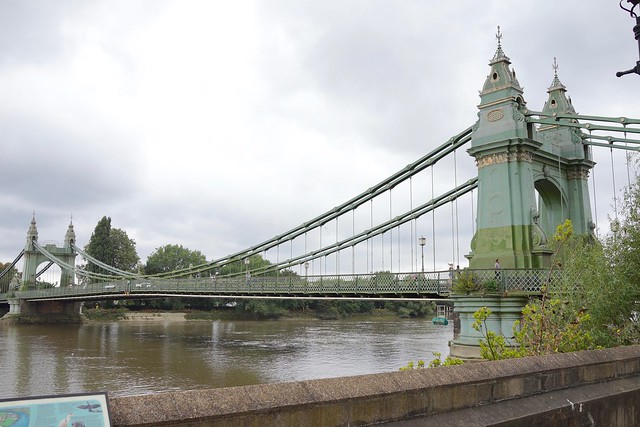 Not wanting to go too far out of my way I cut off a big loop of the river and headed across Chiswick. I’m fairly sure this is a bit of London I’ve never been to before. Nice. 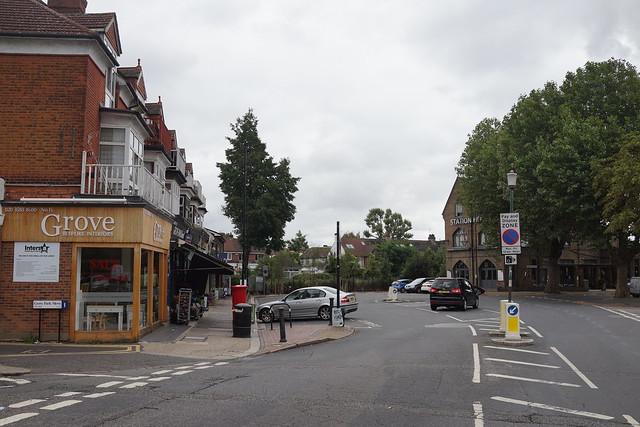 I joined the river again but it was at this point that I encountered some light rain. Did I mention that I’d not brought any waterproofs? I dived into a nice coffee place hoping it was just a short shower. 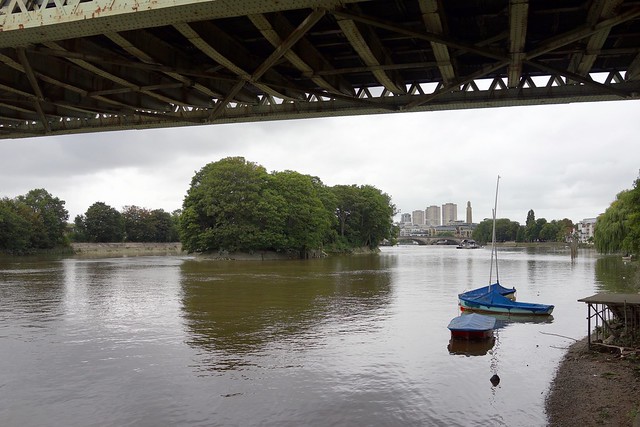 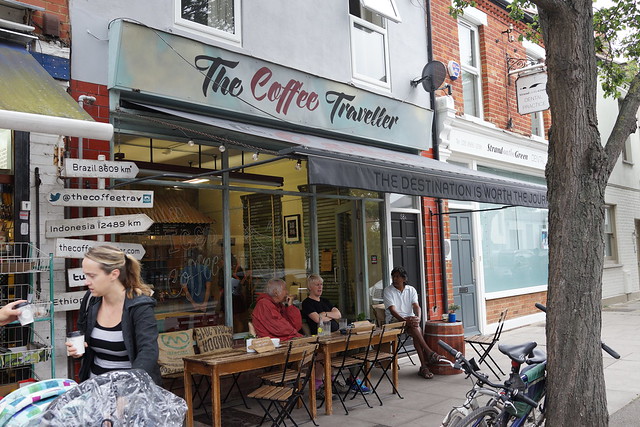 Braving the misty rain I carried on and before long I arrived in Brentford. I never actually lived here but I did work here briefly and for some reason even I cannot fathom Brentford F.C. have been the club that I’ve supported. 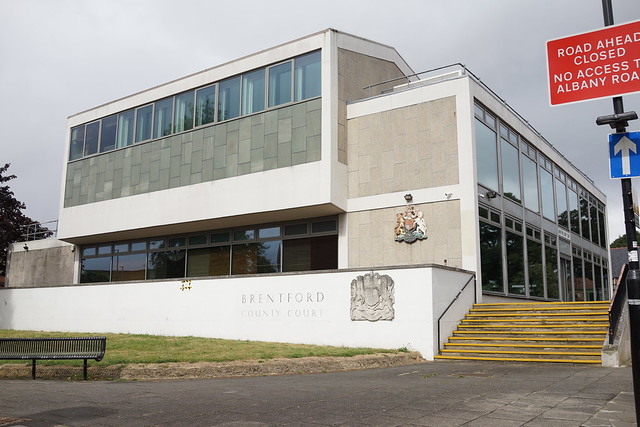 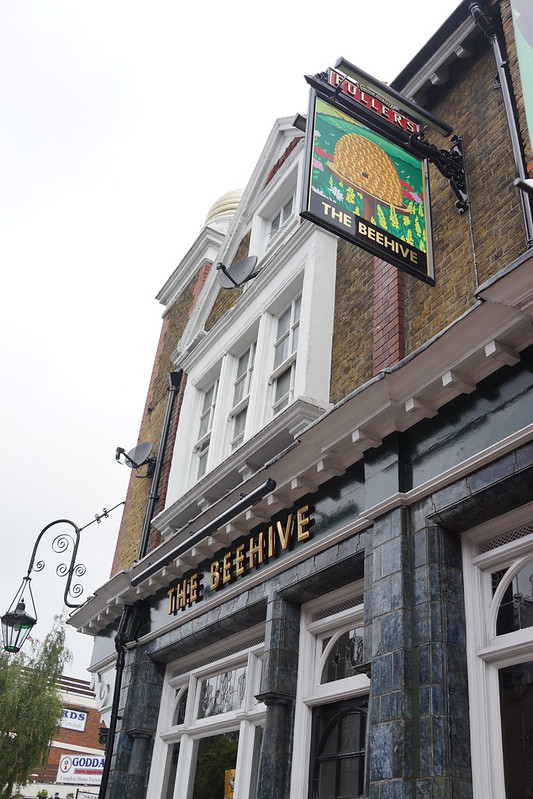 Getting over the minor nostalgia, I trudged up the couple of miles of Boston Manor Road. It was still raining and I was pretty wet by now. 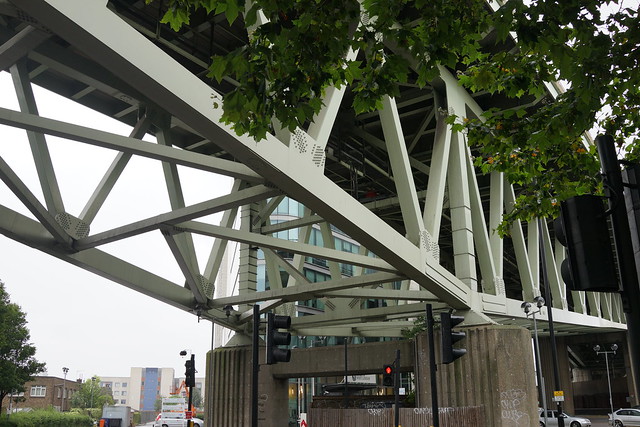 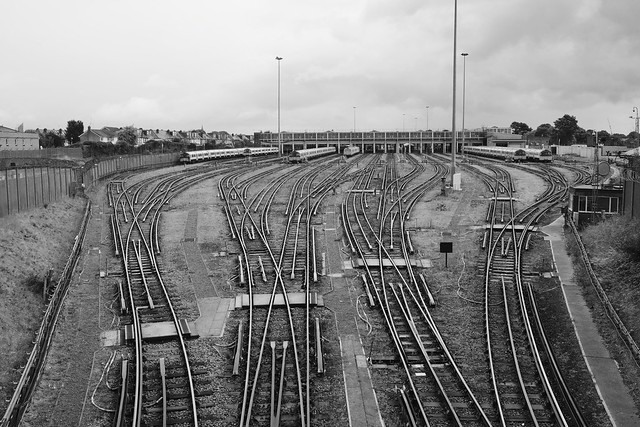 I got into Hanwell in time for a late lunch. I lived here for four years in the early 90s, the first place after I left home. Back then it seemed pretty run-down and awful. The upside was that it was incredibly cheap (£165.00 per month). Now the place has gone two or three rungs more upmarket with some independent coffee shops. 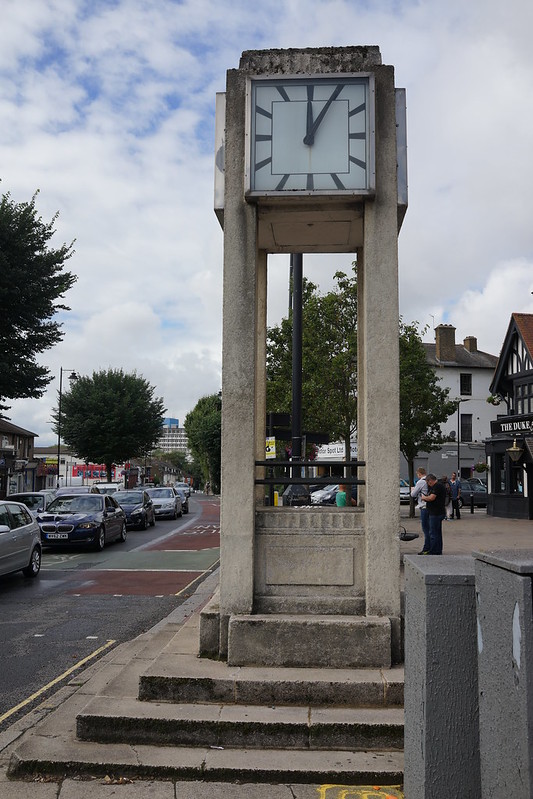 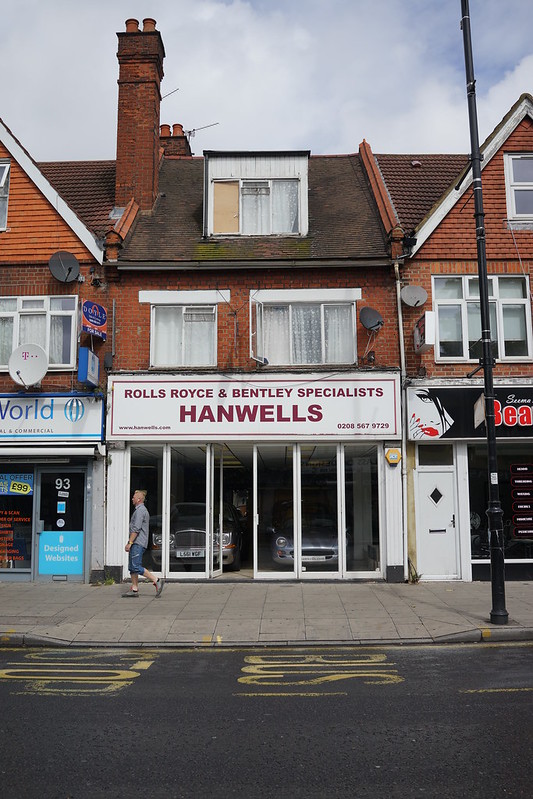 After a superb (hipster) lunch of avocado on toast I was on my way again. My route now was very direct – straight up the Uxbridge Road all the way to Uxbridge. I drove or took the bus on this route hundreds of times but this would be my first walking it. It isn’t pretty. 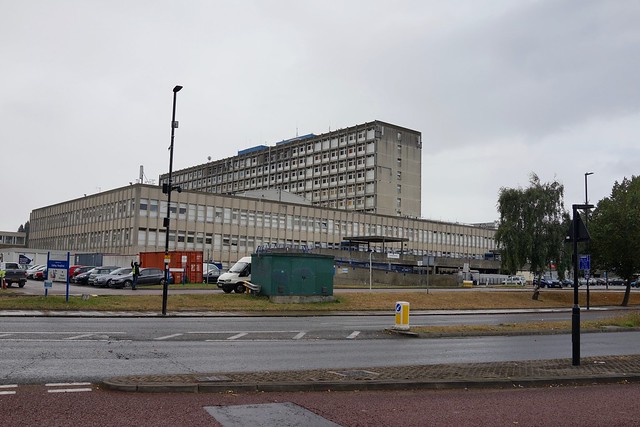 Past the monolithic Ealing Hospital (not in Ealing?) it was a long line of suburban housing before entering Southall. 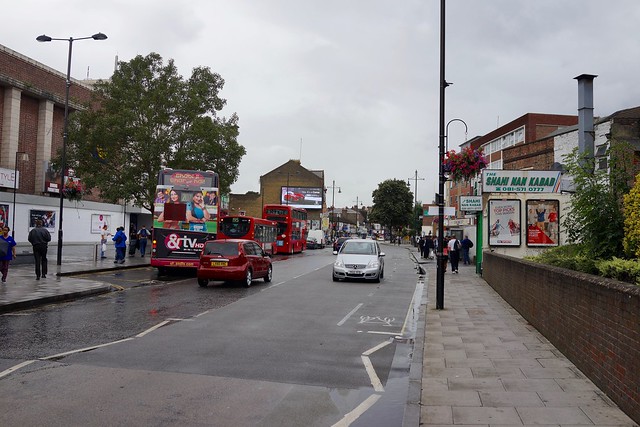 It was here that the light rain showers turned in to a torrential downpour and when I got properly wet. I put on a brave face. Not long after Southall, the rain stopped and I made it over the boarder into my final London Borough – Hillingdon. 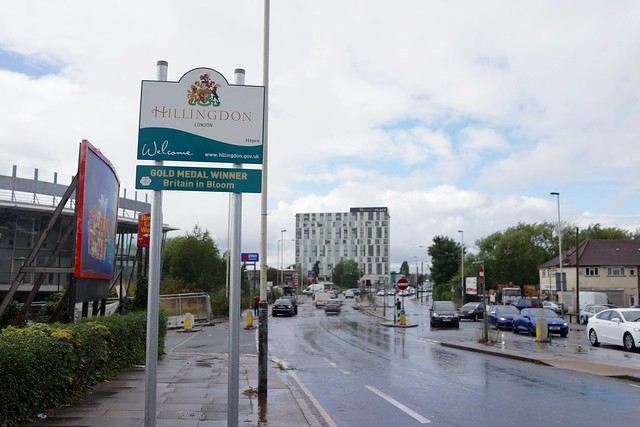 I would love to tell you about the amazing views and beautiful things that I saw on my way into Uxbridge but I’m afraid that there wasn’t any. 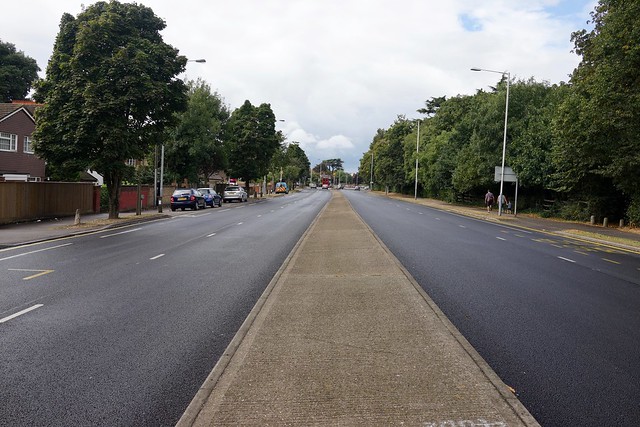 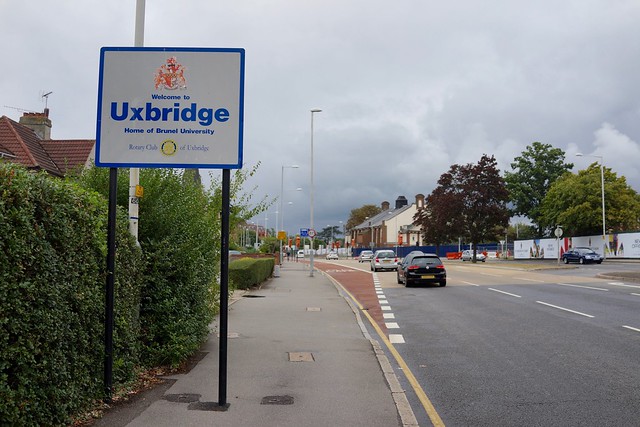 When I used to work here RAF Uxbridge was a busy military base that now rather sadly seems to have made way for uniform suburban housing. Uxbridge itself seemed pretty much the same. 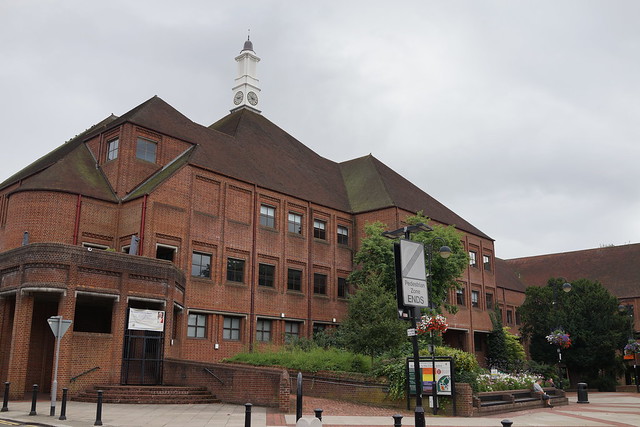 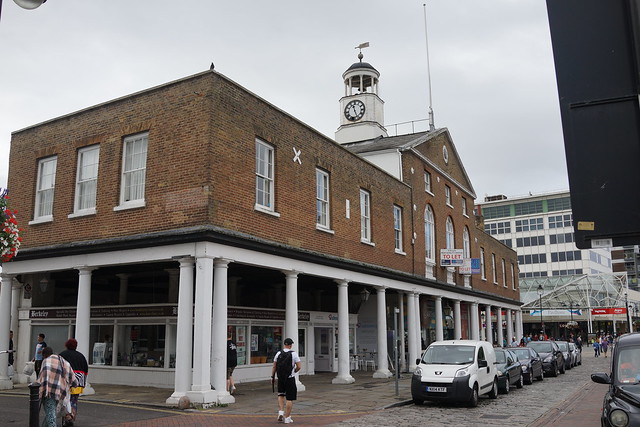 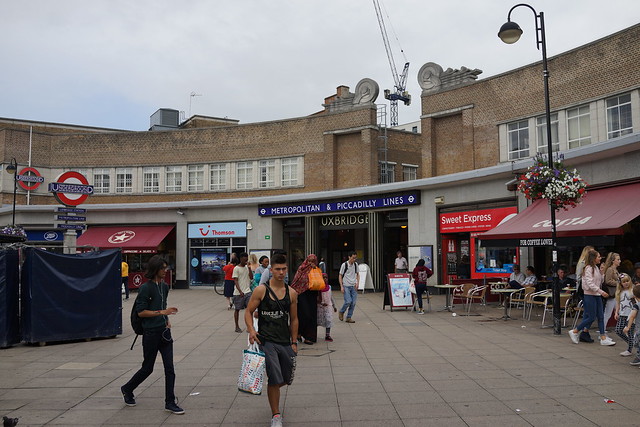 One thing certainly had changed since ‘my day’ which was the court house that I had spent my first seven years of employment had moved and the building had been demolished to make way for flats. It is interesting to note that this spot was once the turning point for trams that ran the whole length of the Uxbridge Road. 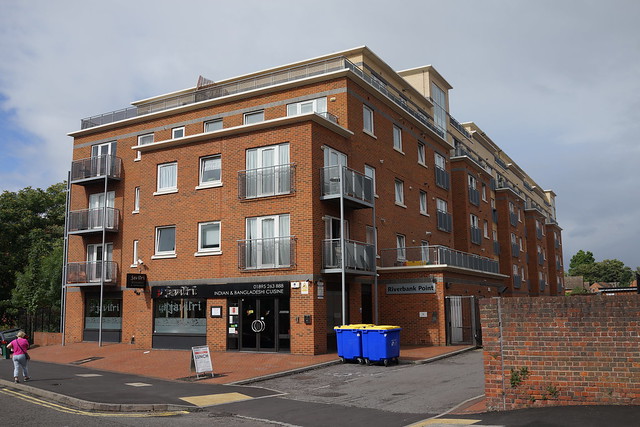 From here it was just a few hundred meters to the border of Buckinghamshire (and the village of Denham). I had done it – a walk across the whole of London in 3 days. I’ll gloss over the five year gap between the first two and this one. 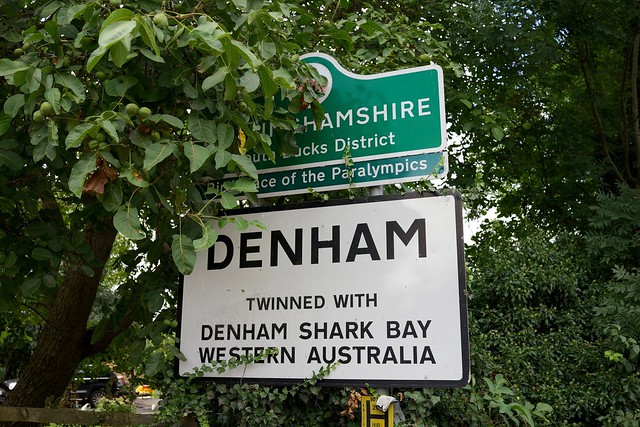 I feel this was a pretty cool thing to do and I’m really glad that I did it. Walking a city is definitely a brilliant thing to do if you have the time and ability.

I might have to do London – North to South. I reckon that is a two day adventure!

All the photos from the day are on Flickr.