It is good every now and again to try something new. If it also scares you a bit all the better right? Well on that slightly iffy principle I signed up to have a go at Stand Up Paddle-boarding (SUP). The sensible thing would have been to have had a few lessons and then planned an adventure. I skipped phase one of that plan and went straight for an expedition. 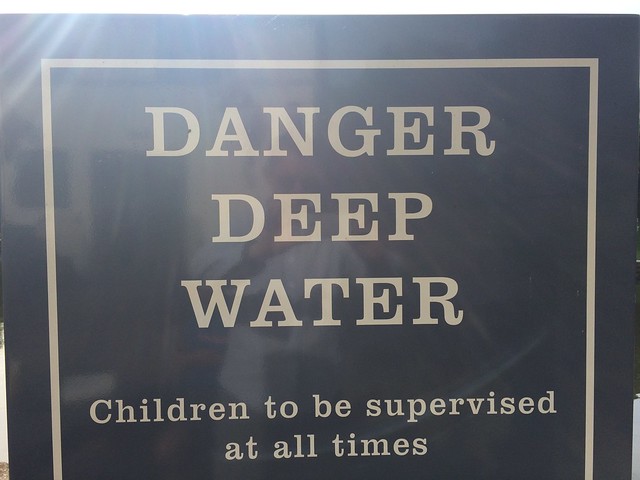 My friend Fiona had already completed the first two parts of her ‘Cam Triathlon’ project (walk and cycle the River Cam) and the SUP was the third and final leg. It was all a bit of a major faff on the logistics side but Fiona managed to organise the hire of some boards and was kind enough to give me a lift there too. 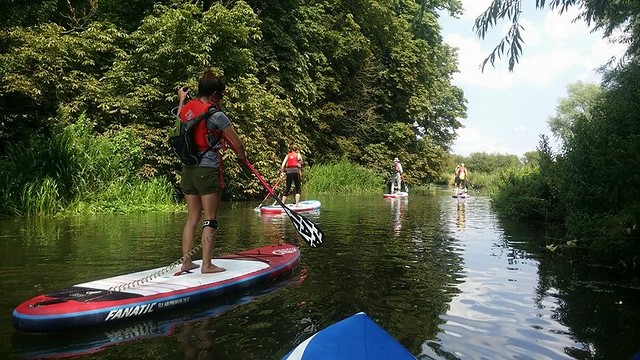 So there I was, without any training and only some useful hints from my friends, pushing the board out into the river and I was away. I have to confess that it all felt fairly wobbly and unstable and I was well out of my comfort zone. I did what I often do in these situations and do my best to fake confidence and competence as best I can. Not sure it particularly worked but you have to try! 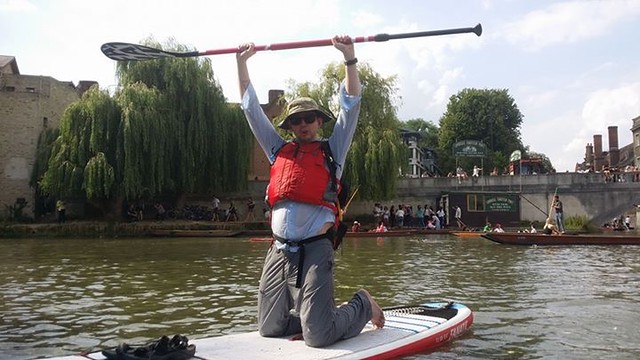 We ambled along on a gorgeous day with loads of people out by the riverbank enjoying the sunshine and opportunity to swim, punt or kayak. I found going at a gentle pace on a calm river to be fairly ok. The excitement levels rose the nearer to Cambridge we got as the number of boats became quite an issue. It was a lot like dodgems and in its own way, quite exciting! So exciting that at one point I fell in. I can’t even blame anyone else, I just lost my balance. If you are going to get a soaking I do recommend that it is on a really hot day when it feels quite refreshing. 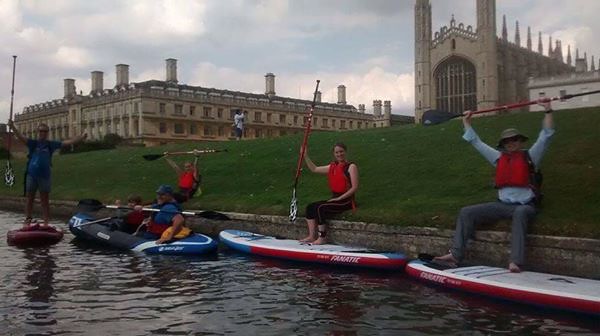 After we were through Cambridge it dawned on me that we’d really not gone that far and we needed to get down to some hard paddling! This is where I found that pootling along was fun but clocking up the miles was distinctly tougher. I never really got the hang of going in much of a straight line, it was essentially veer one way for a few strokes, change hands on the paddle and veer back again.

We were in the very interesting position of having more people than boards so when we got to the 10 mile mark I was a bit relieved to have someone take over my board for the last bit. 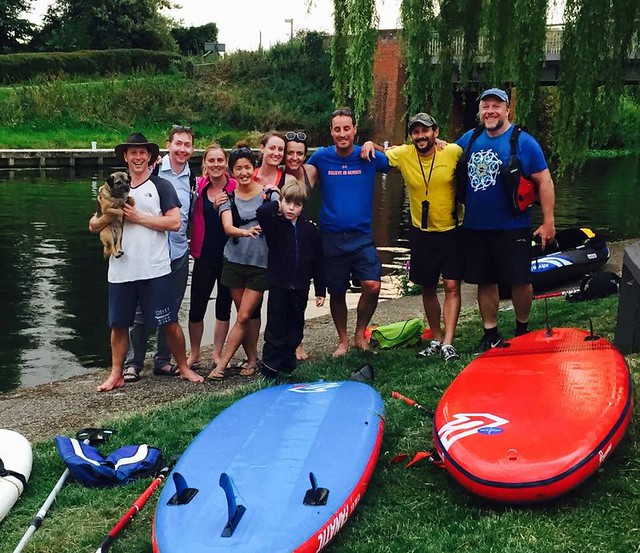 Clearly it was a bit ambitious to sign up to two days of paddle boarding with absolutely no experience or any training. I am a bit disappointed with myself, however, that I didn’t push it a bit more though. On the positive side, I did manage to paddle ten miles which can’t be too bad?

Would I try Stand-up Paddleboarding again? Probably, though it would be good to get some actual lessons on technique. On balance (literally) I think I’m a lot more in favour of kayaking. It seems more efficient and stable a way to travel on water. Time will tell. 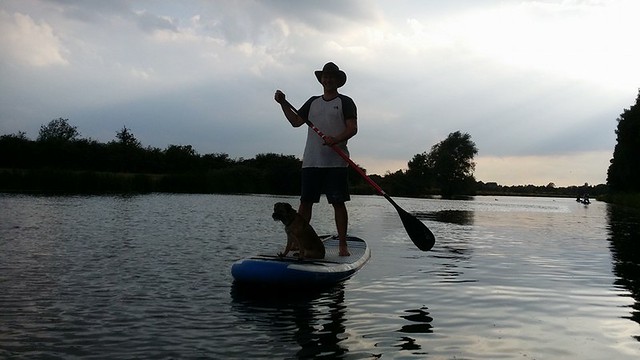