An alternative title might have been ‘YesTribe Summer Series Campout – The Next Generation’. That’s right, it was time to get out there with the adventurous kids and their parents.

Since before Christmas I’ve been organising (or at least going) on monthly campouts but so far I’ve mostly resisted the idea of letting kids join in. My own plan had always been to wait till the better weather and organise a dedicated kids campout. My main goal being not putting off my own kids during the colder months. Now was the time.

Something that has been particularly cool about this campout has been some ace teamwork. I mostly did the facebook page and looking for dates while James Gout (DadventureBasecamp) found us a cool location and ‘lead’ the expedition. 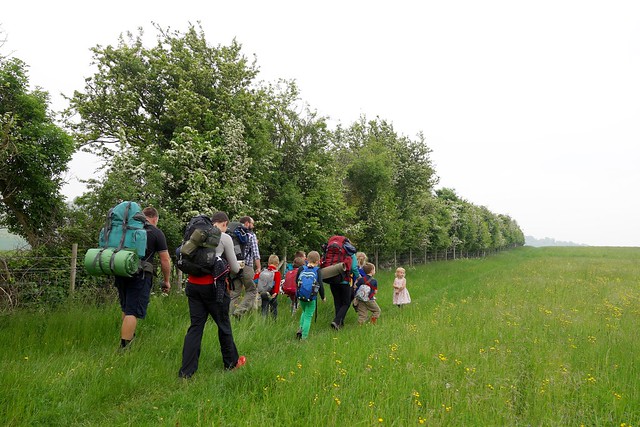 We met up at a pub in the lovely (and very twee) village of Ivinghoe. Those of us from London were astounded, and a little suspicious, that there appeared to be no parking restrictions in the streets. None-the-less we abandoned our cars and set off into the countryside to find a camp spot. Kudos to the kids on this trip, many of them had decent sized packs but with only the tiniest of grumbles (from mine) they shouldered their burdens the 1.5 miles, and a good bit of ascent, to our destination. 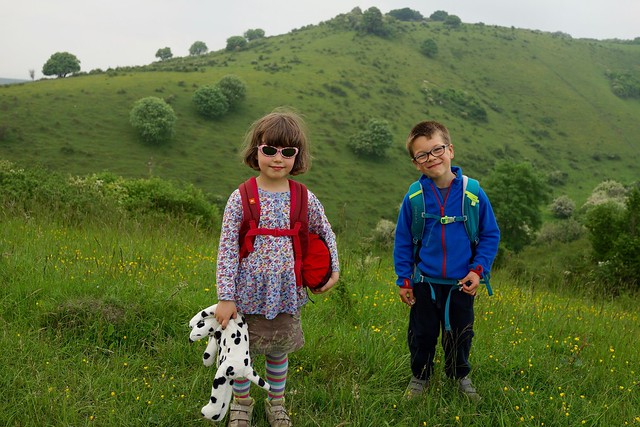 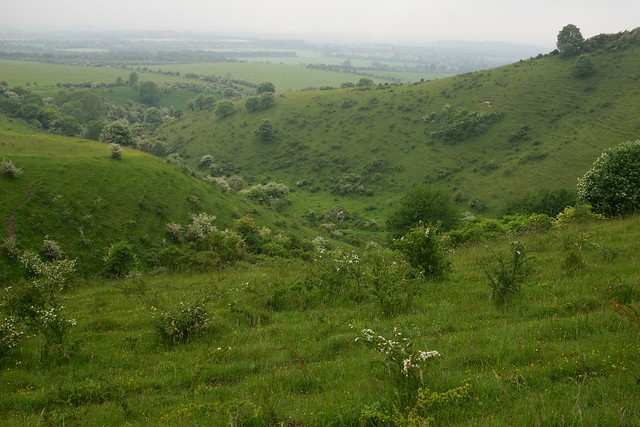 The weather was hazy but warm(ish) and it is lovely to be out in the lush countryside of the Chilterns, especially for me as this was my first visit for over 20 years. A little ways off of Ivinghoe Beacon itself we found our camping spot – a ‘secret’ clearing in some trees just off the path. People could walk right by us and not know we were here. 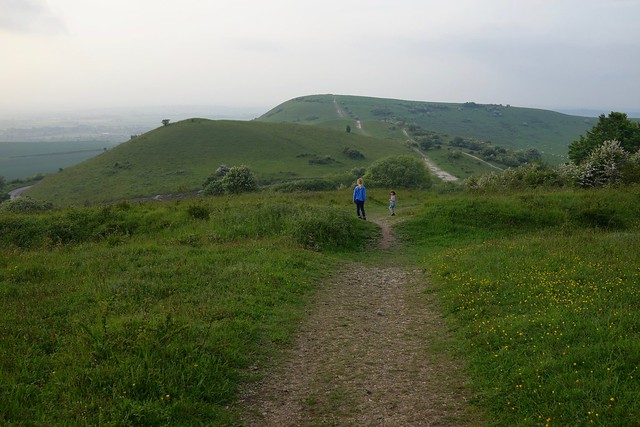 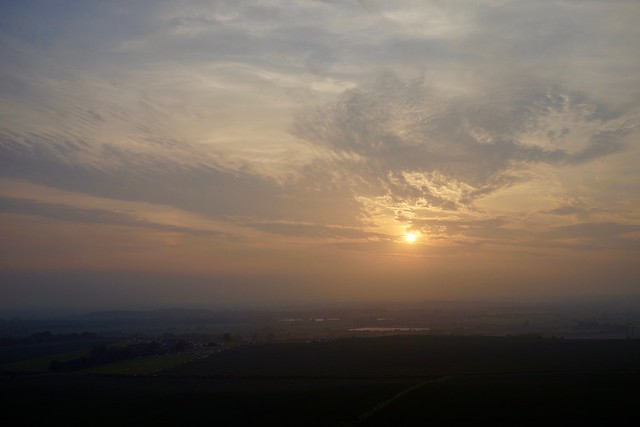 After setting up camp we all retired to the nearest high point and enjoyed a beautiful sundowner while the kids looked for bugs. A real stunner of an evening too. Then bed, of course.

The one downside of our camping spot is that it is on a slight slope and during the night both of my kids, and to a lesser extent myself, slid downhill. I was fine, but the girls did get a bit cold during the night and woke me up to tell me. I got them in some more layers and and least some sleeping did go on. As we are near the solstice it did start to get light before 4am which didn’t help with my own sleep patterns. 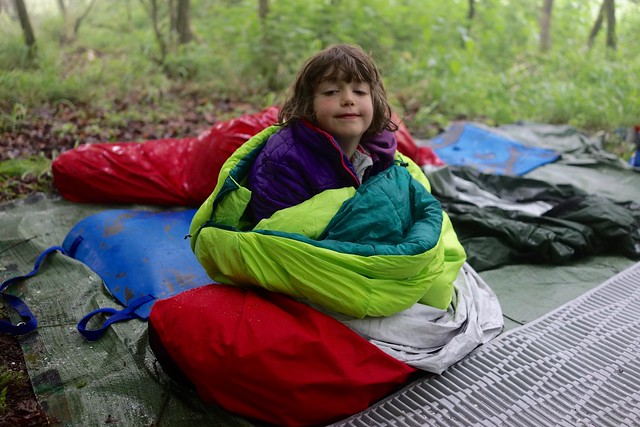 Come morning there were some great expressions on the kids faces. This is the real magic of this microadventure malarky. As far as the young’uns are concerned there is no ‘micro’ about it, this IS adventure! 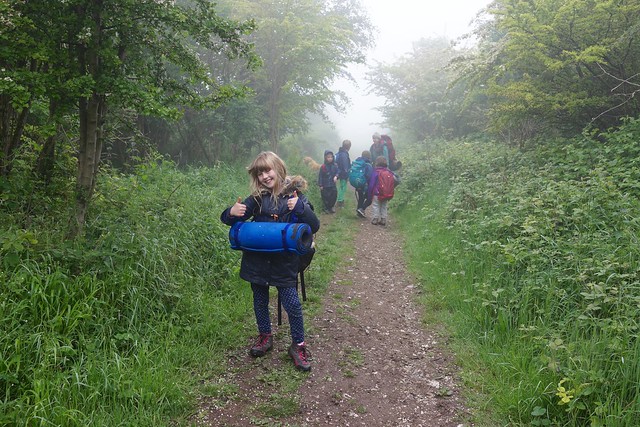 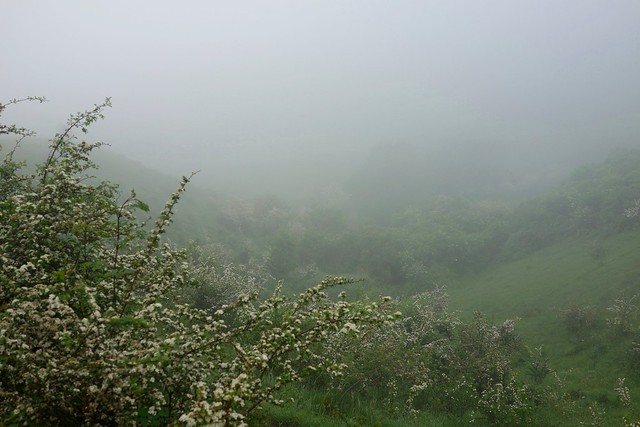 After we ate some breakfast, had a coffee and packed up we headed out into the morning fog and descended back down to Ivinghoe. We we’re all a bit damp and pretty tired but it was a really cool night out and I hear that all of the kids are asking when they can go again. Hurrah! 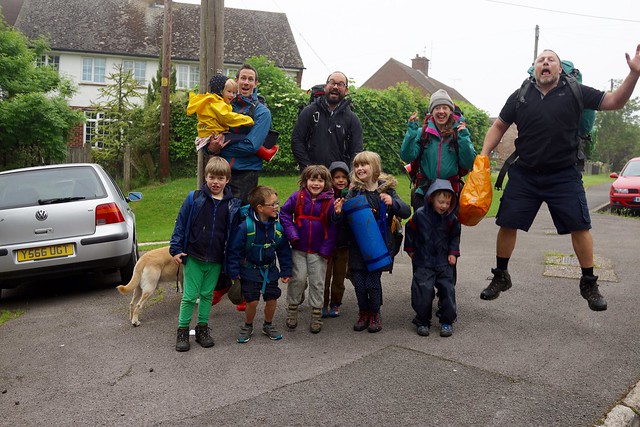