Since I did my first microadventure last year with my daughter I’ve been longing to do another on a clifftop. With the days getting that little bit lighter and there being a whiff of spring in the air this was the time to give it another go.

I picked a Saturday for this one so that we would be able to get to the coast in time to find a camp spot while it was light and maybe even catch a sunset. Things went pretty well to plan and my hopes were not dashed. 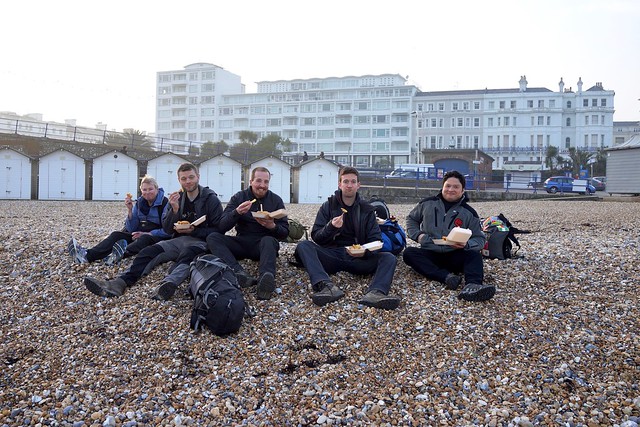 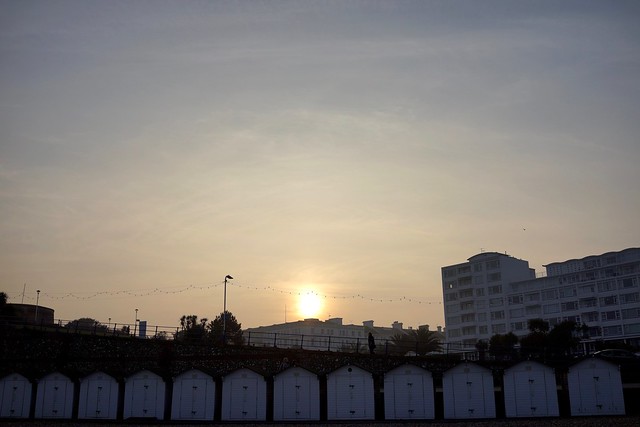 I’d not made any firm plans on a specific camping spot while planning the trip, just knowing that there were a few possibles. In the end the six of us settled on a flat area on the lower cliff tops just beyond Whitebread Hole (a football pitch) and before Beachy Head itself. This had the advantages of being on level ground, not too far from Eastbourne and easy for a ‘straggler’ to find us later.

Beds made (I always love that this takes a minute) it was time for the serious business of making mulled wine and talking adventure and cracking jokes. Spike was ‘the man’ cooking up batch after batch of wonderful spiced warm wine ‘enriched’ with a few tots of rum or whiskey. The wine, along with the odd snack was the perfect accompaniment to gazing up at the moon and stars.

Our final camper, Leah, braved the path from Eastbourne on her own in the dark at 10pm. It was fabulous to see a headtorch approach and a small relief for me that she arrived safe. We were now the seven campers to go with the seven sisters! 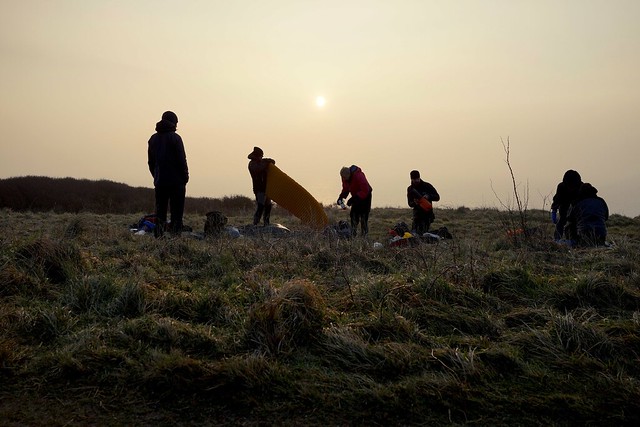 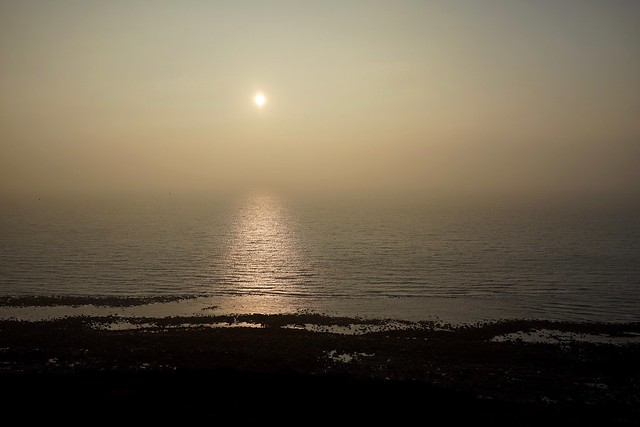 It was a cold cold night, and i’d be lying if I said I ‘slept well’ but that is the price paid for stargazing this time of year. The morning was initially a bit grey and hazy but soon improved into a glorious but still chilly day. With a bit of coffee inside us we admired the amazing views and made our way into Eastbourne on the hunt for a slap-up breakfast. 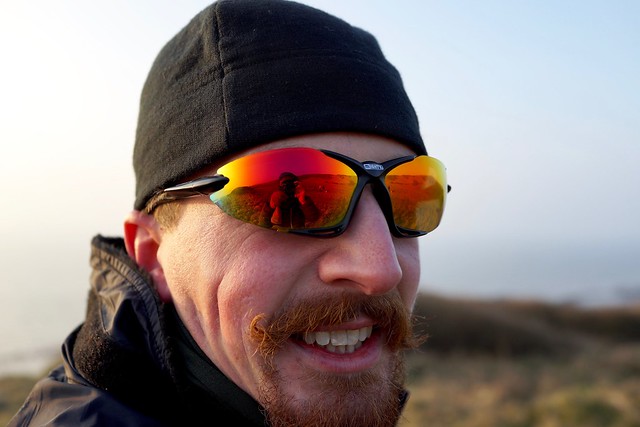 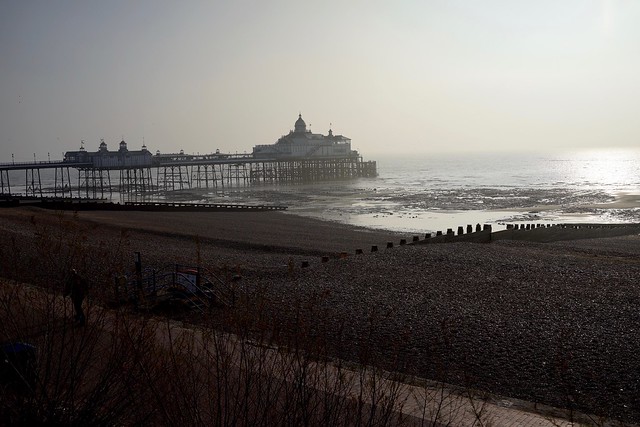 A fantastic night out with my six fellow campers and I can’t wait till the next one!

All photos from the trip here. My 4th campout out of #16in16 this year. Thanks to Pip, Leah, Matt, Andy, John and Spike! 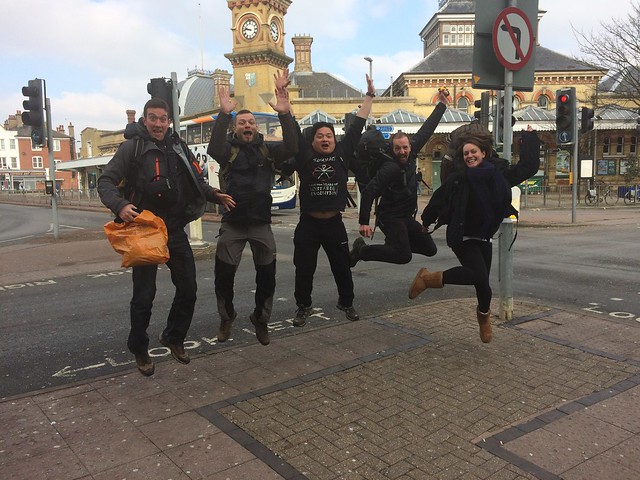