(Does the title of this blog sounds like a teen detective novel?)

For a bit of context, I’m not a big fan of woods (or forests) on the basis that after the first 10 mins the views remain the same and you can’t see very far. I like seeing far. Usually the prospect of a woodland walk will get me very underwhelmed and possibly even grumpy. 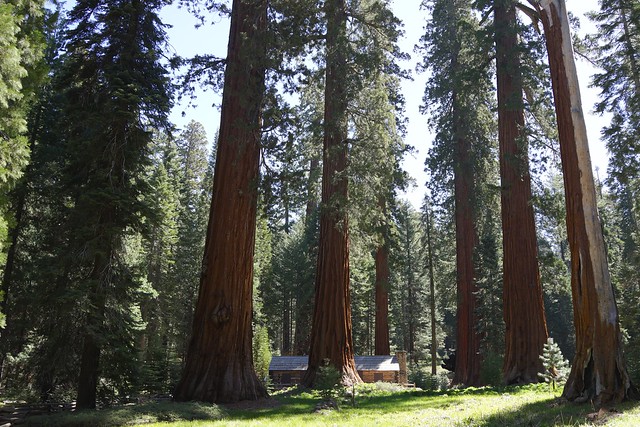 This wood, however, is a bit different, special even. It is Mariposa Grove, part of Yosemite National Park and it contains some very special trees. There are a variety of sizeable fir trees but the talking point are the giant redwoods. The ‘giant’ bit is no hyperbole either, these things are monsters and the biggest are titans! 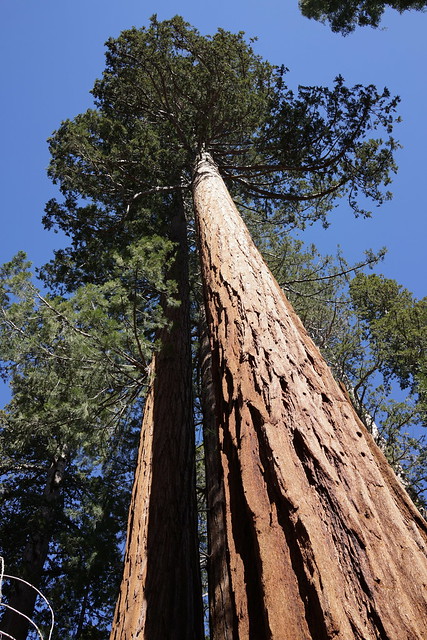 I think I walked all of the available trails up to Wawona Point, passing many magnificent trees, many of which have names such as ‘Grizzly’, ‘Clothes peg’, ‘the bachelor and three sisters’ and ‘California’. The whole place s quite magical and the views from the point are well worth the hike up. If we could have a few more forests like this I think I could turn into a fan! 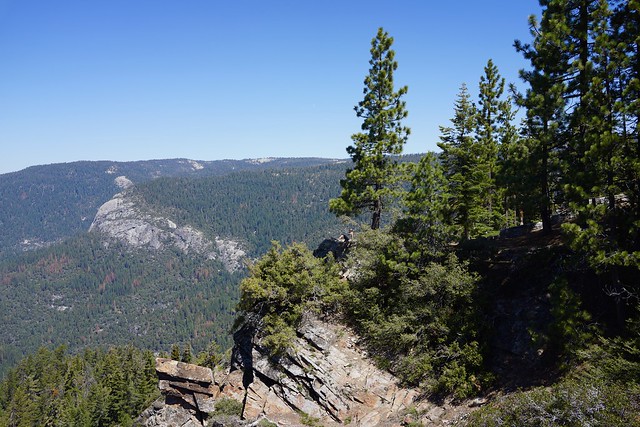 Following my nice morning jaunt around Mariposa Grove i dove the incredibly winding road to Yosemite Valley. After getting some advice from the Ranger and getting a few supplies, I had a few hours to get a quick hike in. As I’m staying in Curry Village the Vernal and Nevada Falls looked close and doable in this time frame. 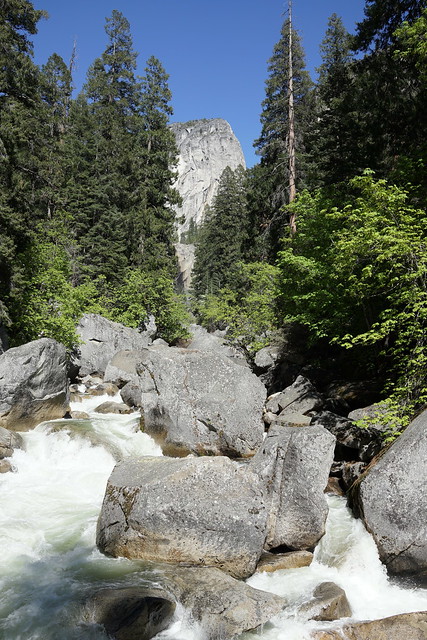 The trail up to the falls is pretty steep but for quite a way is actually tarmac’d after which it is packed earth and finally granite steps. The path is mostly overlooked by trees which means that views are rare for much of the hike. When they do emerge though, they are spectacular and the river, at this time of year at least, is excitingly fast and frothy. 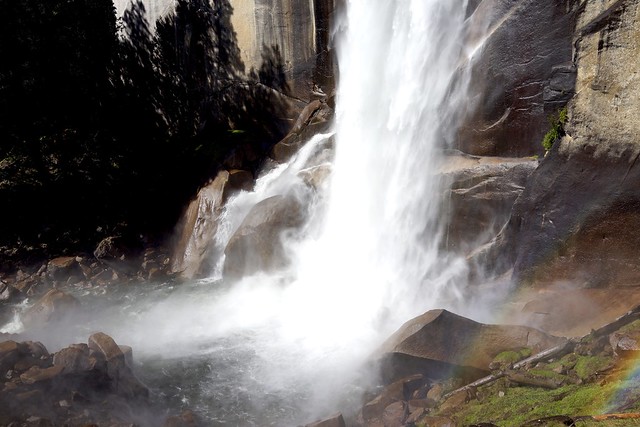 The Vernal Falls is what this is all for though and when it finally comes into view, it doesn’t disappoint. A raging torrent of frightening force, it definitely gives ‘the power of nature’ to the viewer. Even better, you can ascend to the very top of the falls and watch as it goes over the edge.

Well worth it despite the heavy crowds. If i’d had more time I’d have tried to do Nevada Falls too, maybe next time?